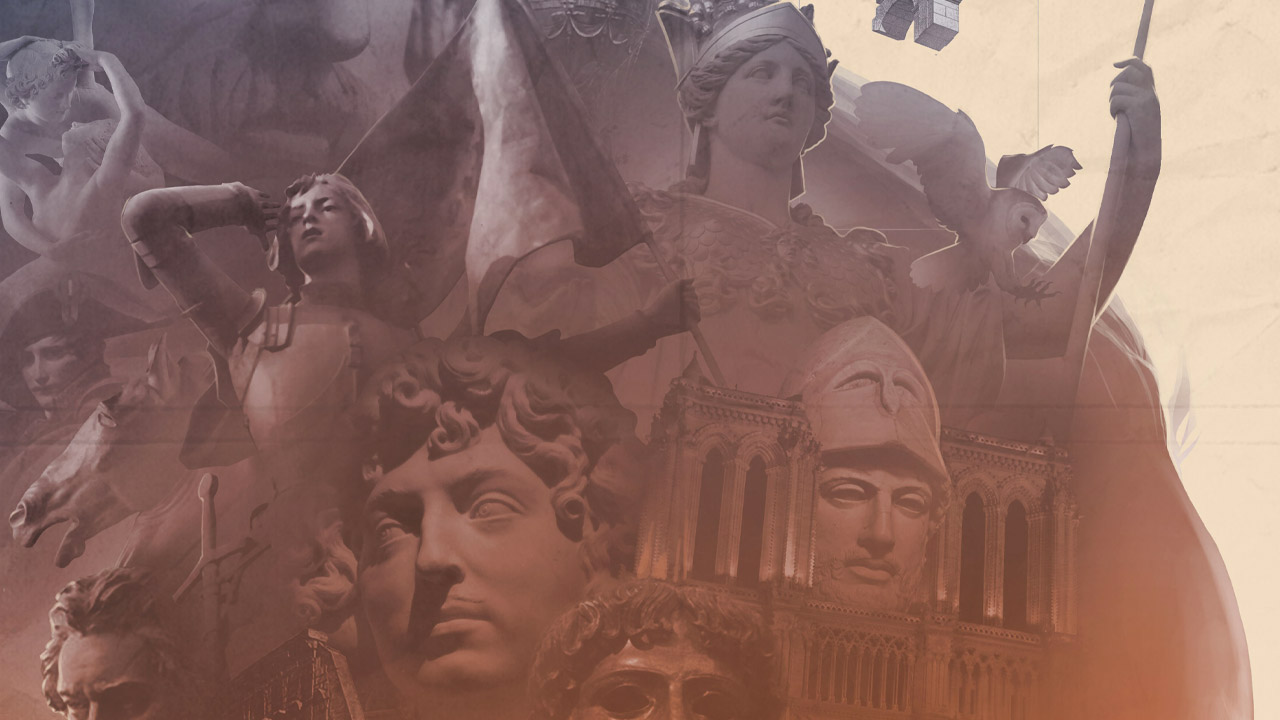 Acting to urge Europeans
to recover their identity

Today’s European citizens underrate the part played by their civilisation in the history of the world.  An oblivion which anticipates the resignation to a collective disappearance.

The Institut Iliade for the long-standing European memory, rejects such an extinction and acts to re-assert Europe’s high cultural heritage and to encourage the Europeans to recover their identity.

We intend in a decisive, imaginative and original manner to take part in the awakening of the European conscience.

Namely, Institut Iliade devotes itself to the transmission of the long-standing European memory.

This willingness to “pass the torch”, takes the form of educational programmes, think tanks, information and communication activities aiming to share on the largest scale possible, the history and the heritage of the European civilisation.

The Institute deals with the whole spectrum of attributes making up the European civilisation, putting emphasis on its uniqueness, its grandeur and its continuous powerful attraction. It stands for providing substance and landmarks particularly to the young generation of Europeans who will have to face the probably tragic consequences of ongoing events.

The main task of Institut Iliade is to train young men and women, mindful that their own history is still to be written.  Armed with strong European traditions and values, they are trained to perceive what their upcoming role will imply in terms of risk and sacrifice but also enthusiasm and profound gratification. They are the makers of the necessary European awakening, prepared to provide the civic and political action with its essential cultural and metapolitical dimension. Their aim to devote themselves to serve the European community, which may disappear if it does not pull together and become the master of its own destiny.

Following on from Dominique Venner’s thoughts and action, a major part is devoted to history, which is, at the same time, the crucible for a profound reflection on the future and the place of the unexpected, where everything remains possible.

Through the reformatting and actualization of existing knowledge and thinking, the Institute’s work is original, as it combines quality of content and enables engagement with larger audiences, thanks in particular to the use of digital platforms. The objective is to adopt a truly educational stand and to operate in support of other efforts which have the same objective.

Institut Iliade has essentially set itself the task to deliver a vision of the world diametrically at odds with the grim and deadly period we currently witness today. It aims to promote an assertive attitude in opposition to the so-called correct way of thinking and in order to do so, takes advantage of all the available means: social networks, the publishing of books and papers, educational actions, organisation of cultural events and performances, setting up and encouraging networks and associations.

The yearly symposium of Institut Iliade

Since 2015, Institut Iliade has organised its yearly symposium in the prestigious and well-known premises of the “Maison de la Chimie” in central Paris. This symposium stands as the great annual meeting of the Europeans who intend to remain as such.

On significant and highly challenging themes (such as “The Europeans’ aesthetic environment”; “Confronting the migratory assault”; “To transmit or to disappear”; “Proud to be European”; “Time for borders”; “Nature as an essential foundation for a restored ecology”), the successive lecturers from the tribune pass on the key and essential message of Institut Iliade.

From France and from other European brother countries, the highly diverse background of the lecturers, university scholars, politicians, writers, journalists, association organisers, auditors and people in charge of Iliade training sessions, all contribute to give to Institut Iliade its leading position in the metapolitical field of ideas.

The speeches delivered by these speakers, the list of whom lies below, are each year published in the “Annales du Colloque” special editions, by our partner Livr’Arbitres and are also available from the Institute’s website.